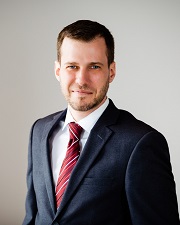 Michael Kinninger joined OSDC as a Loan Officer in April 2015 before being appointed Executive Director in 2018. Michael came to OSDC from the Ohio Development Services Agency (ODSA) where he worked with several public lending programs that provide financing to Ohio businesses. He is familiar with a variety of tax incentive and public financing options available to Ohio small businesses and active in Ohio’s economic development community. Michael holds a Bachelor of Business Administration from Ohio University and a Master of Public Administration from The Ohio State University. He can be reached at mkinninger@osdc.net. 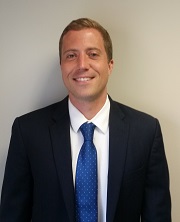 Kevin Goehring rejoined OSDC in August 2018 after previously working as a Loan Officer for OSDC from 2011 to 2015. Prior to rejoining OSDC, Kevin worked as a commercial lender at a community bank in Central Ohio. Kevin has over 10 years of experience in lending and brings a proven SBA track record to OSDC. He is responsible for originating loans and all facets of obtaining loan approval. Kevin earned his Bachelor’s Degree from Ohio Wesleyan University. He can be reached at kgoehring@osdc.net. 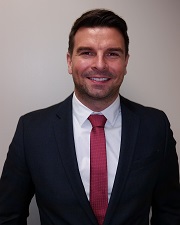 Justin Hoffee joined OSDC as a Loan Officer in December of 2018.  Justin has over fifteen years of business banking experience in several roles including credit approval officer, portfolio manager, and Small Business Administration (SBA) eligibility officer.   With OSDC, he originates loans and sees them through the entire approval process.  Justin earned his Bachelor’s Degree from The University of Akron and he can be reached at jhoffee@osdc.net. 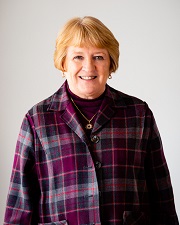 Mag Ranft joined OSDC in October 2004 after working almost 29 years with the Columbus District office of the Small Business Administration (SBA). While at SBA she was involved with processing, service and liquidating both 7a and 504 loans. Mag works primarily on closing 504 and 166 loans and monitoring and servicing OSDC’s growing loan portfolio. OSDC is very grateful that Mag decided to pursue a second career on the “private” side and contribute her invaluable experience to OSDC operations. She can be reached at mranft@osdc.net. 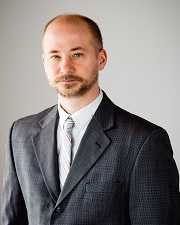 Jack Wallace started working with OSDC in October of 2013. After graduating from Ohio University with a Bachelor’s Degree in Business Administration, he worked for a construction software company in Cincinnati. Jack is responsible for maintaining key financial, insurance and compliance documentation for OSDC’s growing loan portfolio. He can be reached at jwallace@osdc.net. 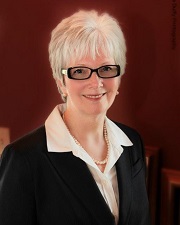 Cathy Garland joined Ohio Statewide Development Corporation in April of 2017 as a part-time Closing Officer. Prior to joining OSDC, Cathy retired from Community Capital Development Corporation (CCDC) after 21 years of service in the SBA 504 lending industry. During her career at CCDC, Cathy held the positions of Closing Officer and Vice President/Assistant Secretary before ultimately being promoted to President/CEO in May of 2013. In that role, Cathy oversaw a staff of four professionals that provided financing through the SBA 504 Loan Program, the City of Columbus Economic Development Program, and the Franklin County Economic Development Loan Program. Cathy can be reached at cgarland@osdc.net. 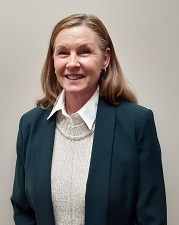 Kim Davis joined OSDC in December of 2019. Kim has over 20 years in the banking and finance industry.  During her career, she has had experience in business lending, loan processing and team management.  Kim works on closing 504 and 166 loans, monitoring and servicing the loan portfolio. Kim can be reached at kdavis@osdc.net.