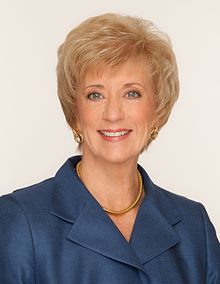 Linda McMahon, co-founder of World Wrestling Entertainment, has been nominated to head the Small Business Administration under President-Elect Trump.

As the chief executive officer of WWE, she led the company’s product licensing efforts related to action figures and consumer products, managed international growth of the company and took the company public according to her Linked-in page. With her husband, Vince, they purchased the then regional business in 1989. In 1999, WWE went public and today its programs are broadcast in over 30 languages with a worldwide audience. McMahon has since stepped down as CEO in 2009.